Cal Hooper thought a fixer-upper in a bucolic Irish village would be the perfect escape. After twenty-five years in the Chicago police force and a bruising divorce, he just wants to build a new life in a pretty spot with a good pub where nothing much happens. But when a local kid whose brother has gone missing arm-twists him into investigating, Cal uncovers layers of darkness beneath his picturesque retreat, and starts to realize that even small towns shelter dangerous secrets.

February 9th – Dancing with the Octopus by Debora Harding

One Omaha winter day in November 1978, when Debora Harding was just fourteen, she was abducted at knifepoint from a church parking lot. She was thrown into a van, assaulted, held for ransom, and then left to die as an ice storm descended over the city.

Debora survived. She identified her attacker to the police and then returned to her teenage life in a dysfunctional home where she was expected to simply move on. Denial became the family coping strategy offered by her fun-loving, conflicted father and her cruelly resentful mother. Dexterously shifting between the past and present, Debora Harding untangles the incident of her kidnapping and escape from unexpected angles, offering a vivid, intimate portrait of one family’s disintegration in the 1970s Midwest.

March 9th – A Gentleman in Moscow By Amor Towles

In 1922, Count Alexander Rostov is deemed an unrepentant aristocrat by a Bolshevik tribunal, and is sentenced to house arrest in the Metropol, a grand hotel across the street from the Kremlin. Rostov, an indomitable man of erudition and wit, has never worked a day in his life, and must now live in an attic room while some of the most tumultuous decades in Russian history are unfolding outside the hotel’s doors. Unexpectedly, his reduced circumstances provide him entry into a much larger world of emotional discovery.

Somewhere out beyond the edge of the universe there is a library that contains an infinite number of books, each one the story of another reality. One tells the story of your life as it is, along with another book for the other life you could have lived if you had made a different choice at any point in your life. While we all wonder how our lives might have been, what if you had the chance to go to the library and see for yourself? Would any of these other lives truly be better?

May 11th The Healer’s Daughter By Charlotte Hinger

Bethany Herbert, daughter of a legendary healer, leaves the South for the new black community of Nicodemus, Kansas. Despite the hardships, the community comes to love the prairie. Bethany’s mother, Queen Bess, comes to Nicodemus, as does the handsome lawyer Jed Talbot, who galvanizes the settlers. Bethany resists the call of her heart because Queen Bess warns her the best healers are chaste and single. When the Herbert women’s medical procedures are undermined, Bethany nearly succumbs to Queen Bess’s call for total segregation from the whites Bess hates. Sinister forces come into play through white politicians seeking the black vote, and sabotage by a woman within Nicodemus who yearns for the old color hierarchy.

We are in the beginning stages of starting a Homebound Delivery Service for our community members that live in the Silver Lake Township. This FREE service would allow those that are confined to their homes to have their library materials delivered directly to their door. Right now we are just trying to gage how much interest there is for this service. If you or someone that you know is interested, please fill out this form. 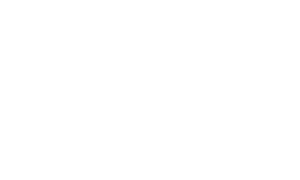